This blog is part of the After Death Communication Series


The History with Life After Death – Part 79

Does God Exist in the Afterlife? – Part 30

Crown of Thorns and God 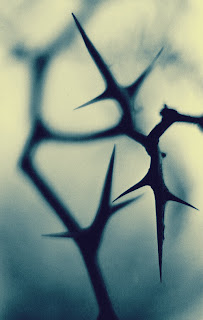 Next time you go to the Dentist – let them X-Ray your mouth, your teeth and you’re going to See an Astounding thing: that your Teeth with their Roots, Represents a Crown of Thorns.

Now, what ‘Crown of Thorns’ Represent, is a Fascinating thing: Teeth plays a Major Role in a person’s life. So, here are some Guidelines:
A Child is born, in most cases, without Teeth. Teeth represents different Stages of Development in a Child, so – the Baby Teeth, so to speak, Teeth you’re going to lose: are Indicative of the Stage where the Body accumulates Information, Observation, at a Quantum Pace during the Quantum Stage. As the Child reach Capacity – the Teeth with start to Fall Out and the Tooth Fairy arrives, which is one of the First Imprints of the Money System as a Value-System.

The Teeth Represents the Base Programming Designs, and during the Baby Teeth Stage – all the accumulation of All Environmental Factors happen, so to speak, as a Form of Innocence. As No Particular Permanent Personality Design steps forth yet.
When the Permanent Teeth arrives – the Major Designs that will Form the Child’s Personality-Patterns takes Root and the Quantum Stage of Learning of the Child starts to come to an End.

This Crown of Thorns, will be a Thorn in the Child’s Flesh for a Lifetime – with many Patterns, that no matter How the Eventual Adult will try and Stop it: will Dominate the Person’s life and in Many Cases cause Decisions of Pain. These are the Great Gifts you get from the Heavens, and from the Parents: The Thorns that’ll sit on the Throne of your Life – determining Who you will be, What you will do, How you’ll make Choices, Who you will like, What you will dislike; because your Crown of Thorns is the Choices that were made for you without you even Knowing.

Jesus was the Lucky Guy, that didn’t have these Imprints and Symbolically at his Death – the Story of the Crown of Thorns, is used to Impose on the Human the Ultimate Fear: to Never Question Religion. Because even with Jesus’s hearing, the Government did not make the Final Judgment, but left it to the Religious Leaders to Decide, Jesus’s Fate. This became part of a Crown of Thorns Mankind has been wearing ever since. With the Great Evil as Religion, holding the Cross – presenting it as a ‘Key’, with which to ‘Unlock’ the ‘Life after Death’. Real Strange Stuff.

In some of the Disciplines, like Kinesiology – some of this Preprogrammed Designs, located in the Teeth, is Grasped. The Implication is Not Grasped. The Fact, that it becomes the Greatest Battle that you will Ever Wage, to Set yourself Free from Preprogramming and Accumulated Knowledge, which Present it to yourself ‘As You, as Thought’: is, at this stage, a Battle – very few manage to ‘Win’. Simply because, each one that Engage this are not Sufficiently Trained and Prepared to Face the Invisible part of themselves that Control every Thought, every Feeling, everything You Are. And therefore, one Cannot Even Conceive that there is Something Else, Besides All of this that Constantly Occupy the Mind as Consciousness.

Facing the Crown of Thorns, requires Extensive Preparation. Many at Desteni has already been Preparing for this, without being Aware that this is what they’re really doing. Many has Experienced to What Extent the Backchat and Thought, Actually Dominate. And that it takes Great Effort, Breath by Breath, to Face this, to Forgive this and to Remain Here in the Process of Creating Self as Life from the Physical - Removing the Yoke of the Crown of Thorns.
So, if you are Ready to Realise the Great Trouble you are Really In, with Preprogrammed Designs that Functions outside your Dominion, yet have Dominion over you: it is Time to be Humble, Time to Learn, Time to Study. It will take 7 – 14 Years of Practise. There is a place to start, Read the Journey to Life Blogs and Join Desteni LITE – it’s Free. You’re doing it for your Freedom.

So, remember, go to the Dentist – take a Picture of your Crown of Thorns, FRAME it – to Remind you, your Life is not your own yet.