The History with Life After Death – Part 78

Does God Exist in the Afterlife? – Part 29

Change The World and God 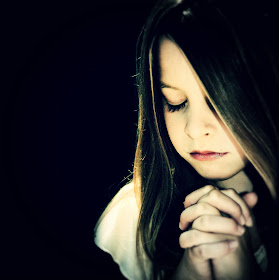 On Earth, no one is a Stranger to Change. In Fact, Change has Accelerated to the Point where the Change in Value of the Stock Exchange could have a Major Impact. We Change Cars, we Change Cell-phones and we are Bombarded with Change through Magazines, Newspapers and Television. And every day, we Change the World – but Strange enough: the Only Way we Change the World – is into a Place where Life is more and more Unwelcome and only the Self-Interest that Result from a Preprogrammed Illusion, is Seen as Valid, as Change.

If there is Anything with More Evidence that it is in fact an Absolute Waste of Time – it might be Prayer. Prayer is the Single Human endeavour, that throughout All Ages – Never Produced a Result that in any way Show that God Exist or is Interested, in the Affairs of Man. Strange enough, you’re not even Allowed to say this without being called a “Blasphemer”.
When you say that “Prayer is a Waste of Time” – you’re actually telling the Truth. You should be Hailed as a Hero, a Saviour because – you Dare to Speak Up, based on Actual Evidence.

The level of Delusion of the Human Being – is So Astounding, that we should Ban the Birth of any new Children on Earth, until we have Removed the Mental Disease of Religion forevermore. Because, any Child Born on Earth – is certain to be Abused to the point where they become just a Copy of the Parents, which will Pray to Change the World, while they go on Abusing the World. That is Definite Child Abuse. It is a Definite Crime. The Evidence for that is Overwhelming.
If God exist, you better have a Very Good Excuse why you Prayed, and did Nothing to Change the World to What is Best for All Life. Because, if there has ever been enough Evidence to send every Human to Hell: we are now Living in that Time. Not a single human can Claim, based on the Evidence – that they Deserve to go to Heaven. No Human Love their Neighbour as themselves. No Human Give as they would like to Receive.

It is Important, if you can Hear me – to Consider the Evidence. To make an Effort, to Free you from your Delusions. Do some Investigation, throughout History – to See if Religion has ever made the World a better place, and Find it in you to Actually Forgive yourself, for Allowing yourself to Not Change the World to What is Best for All Life.