The History with Life After Death – Part 77

Does God Exist in the Afterlife? – Part 28 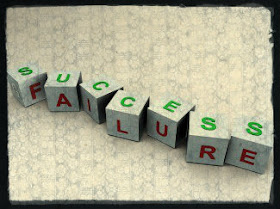 Failure Brings Awareness. Success brings Blindness and Ignorance.
Failure Produce the Ultimate Understanding. Success is when Nothing is Learned from Failure.

Failure is the State in which All Beings exist, when the Relationship between beings do not Produce a Reality that is Best for All Life.

A Successful Failure, is when Failure is taken Personally – and the Purpose of Failure is not Grasped. Because Failure, has been Changed into the Illusion of Energy and is Experienced as some form of ‘Feeling’.
Failure, when Grasped – is the Map and the Road to Self-Perfection.

Unfortunately, on All Levels of the Human Civilization – Failure and Success have been Demonized as Energetic Forms with Control and Misdirection over the Laws of Physics that Governs the Existence of Form, and Information.
Do Not Allow yourself to be Mistaken, by Giving Failure an Energetic Personality.

When Failure and Success become Energized Personalities – Only Consciousness Exist, and Life is nowhere to be Found.

There is a Way, with which you can Assist yourself to Clarify your Relationship with Success and Failure, and to Bring it within a Harmony so that you can Learn from it. This is a Free Online Course with Desteni LITE.