The History with Life After Death – Part 76

Does God Exist in the Afterlife? – Part 27 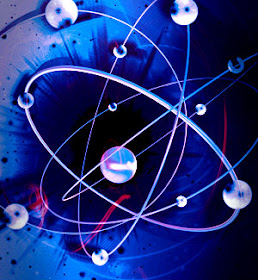 Physics play a Major Role in the Establishment of Self-Honesty as to ‘Who I Am’.

In the Physical World, and in the Metaphysical World – the Same Laws of Physics Actually Dominates.
In the Physical World, you get a Clear Picture of the Forces at Play – and is easier to see than in the Metaphysical World. This is because, the Beingness Involved in the Observation of the Physics, so easily get Distracted by their own Illusions and then end up Interpreting what they Observe, in Ways that Benefit and Attempt to Justify the Illusion of the Beingness. This has been the Problem of Beingness, long before Earth Existed. And, from a certain perspective – Earth exist to sort out and Correct the Properties and Definition of Beingness, to That which is Best for All Life. This simply because, the Tendency of the Beingness to Create Grandeur Illusions of Self-Interest – end up Changing the Properties of Parts, Masses of the Universe in Ways that Cause Extensive Change to Parts that took Millions of Years to Accumulate a particular Definition of Mass.

In this, Intelligence as the Ability of the Being to Benefit from All the Variations of Mass that exist: tend to Follow Self-Interest to such an extent, that Commonsense Consideration of other Life Forms become Irrelevant. For this, the Beingness Developed New Forms of Mass and Definitions, like ‘Love’ – that Follows the Rules of the Illusion instead of the Laws of the Natural Physics Reality. This Caused Side Effects within Polarized Division, which requires the Being to Ignore the Side Effects to be able to Benefit from their Self-Interest. This Ignorance Place Forces into Being that will under Equality and Oneness: Strive for Equilibrium. The More Extensive the Polarization and the Ignorance of the Natural Forces Grow = the Greater the Correction to Equilibrium Become. On Earth – we’re tumbling down, Spiralling down to a Zero Point. At Zero-Point we will Reach the Correction, in terms of the Equalization of the Forces and their Relationship between Various Masses.
As the Human Mass is very small in relation to, for instance the Earth’s Mass – the Force Generated by the Various Bodies when Not within Equality of Respect, would place the Human at a Great Disadvantage when the Time for Equilibrium Emerge. This can be seen from the Fossil Records, there is from Time to Time a return to Equilibrium.

We tend to Ignore this so Extensively, by Creating our own Mass as Personality and Consciousness – where we Ignore the Natural Laws of Physics, that Inevitably, when the Equilibrium Process occur: we will be Unable to Deal with the Forces we have Tempted so Extensively.
To Assist you with this in Detail, there are a Series of Blogs being written about Desteni and the Desteni Process and Physics. It plays a Vital Role in Understanding and eventually Birthing oneself from the Physical as Life with the Force one is as Beingness, being in Balance and Equilibrium – so that All Forces can be in Harmony. And thus, All can Live in a Way that is Best for All Life. Here are Links to the Blogs thus far Written:

Man Know Thyself – or your Illusions will be Visited upon you as Forces you have been Ignoring. Ignorance is Not Bliss - but, when one Create it as an Illusion through Ignoring the Actual Laws that Governs your Existence.